HI NOTES: A Great Night For Tigers Past, Present & Future

RT: @rangers Nick Tepesch is the 1st Ranger to pitch into the 8th in ML debut since (fellow #Mizzou Alum) John Dettmer in 1994.


The last time Cole Bartlett opened the Tri-Eastern Conference season at the Milton baseball field, he was tagged with the loss despite striking out 12 and not allowing a hit.

Before he even took the mound on Monday, the NCAA Division I-bound Hagerstown senior already had a three-run lead and comfortably went to work.

With plenty of run support, Bartlett struck out nine in a five-inning complete game as his Hagerstown Tigers opened the TEC season with a 13-0 victory over Lincoln.
. . .
Bartlett gave up just two hits, a walk and hit a batter, but was a big part of his team’s offensive outburst, too.

He was making his second start from the Tiger lead-off spot and reached base every time — twice on walks and twice on infield singles — and came around to score three of those times...

Remove all the space within the atoms making up the human body, and every person that’s ever lived would fit inside a baseball.
— Brian Greene (@bgreene) April 5, 2013 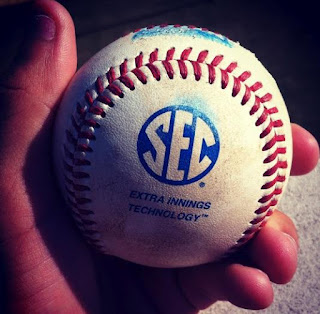