♦ The We Always Swing Jazz Series is the brainchild of Jon Poses, an enthusiastic fan of both Jazz and Baseball, a twin love he expresses in the name of his corporation:  National Pastimes Productions.  The Series has brought dozens of internationally known jazz artists to CoMo's performance venues.

♦ Columbia also has a a taste for the Blues . . . and barbecue.  Local blues bands like Chump Change, along with national and internationally known blues acts can often be heard at CoMo venues like MoJo's and The Blue Note. 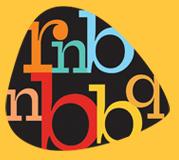 Richard King, the owner of both MoJo's and the Blue Note, is the power behind Thumper Entertainment, which puts on the occasional 9th Street SummerFest concert series and the annual Roots n Blues n BBQ festival every Fall in downtown CoMo.  The festival is two days of acts from blues to rhythm & blues to bluegrass.  The Blind Boys of Alabama, Ana Popovic and Fitz & the Tantrums entertain tens of thousands annually.

At the west end of the festival is Barbecue Alley, where the annual BBQ Contest takes place.


“The Roots N Blues N BBQ Festival continues to be one of the finest events anywhere in the world. If you like music and barbecue put this one on the top of your list to attend”
—Mike McMillen, Kansas City Barbeque Society

RNBNBBQ is not the only time Columbians love their barbecue, though.  Being just down the road from the capital of barbecue, Kansas City, CoMo has developed a barbecue tradition of its own.  Buckingham's BBQ and Smokin' Chick's can compete with any big city BBQ stand for great taste and great atmosphere.

♦ CoMo has several other music venues in town, including The Bridge.

♦ The Ragtag Cinema is a locally owned and operated "art house" theater, with a cafeteria included in the package.

The same people who operate Ragtag host the annual True/False Film Festival. The


For four days, downtown Columbia, Missouri is transformed into a small-town Midwestern utopia. Most films come freshly discovered from Sundance, Toronto and other festivals, others appear mysteriously before their official premieres elsewhere. Sandwiched between the nonstop movies, we throw parties, host debates and field trips, and challenge local filmmakers to reimagine the possibilities of nonfiction filmmaking.


This being my first trip to True/False and Columbia, I was impressed by the enthusiasm for film in a small town two hours from both St. Louis and Kansas City. At the centre of Columbia’s film culture is the Ragtag Cinema, a fully functioning café, bar, and two-screen theatre that projects arthouse fare year-round. What started as a peripatetic film society is now a brick-and-mortar institution, but jammed as it is into an old Coca-Cola bottling factory, and with its small screening room filled with mismatched, well-worn couches and sitting chairs, it still retains an ad hoc spirit. Before every screening at the Ragtag, as well as at other venues like the two-tiered, sticky-floored Blue Note (one-time home for the Ragtag) and the aforementioned, majestic Missouri, local young folk musicians played earnest half-hour sets as cinemagoers found their seats. Contrast that pre-show programming with the eclectic montage of vintage music videos, low-rent institutional propaganda and sketch-comedy skits before screenings at Austin’s Alamo Drafthouse, a movie theatre/pub franchise that started the same year as the Ragtag (1997), and you can see the cultural shift from True/False to SXSW—two festivals that are separated by three days, 800 miles, and a vast difference in scale and focus.

♦ Check out The CoMo Collective to get a taste of life in Columbia.