Don't forget: the annual First Pitch Celebration is this Saturday evening. It's worth checking out, if only to get a first live look at the new baseball uniforms. There's also a buffet, an intro to the team by Coach Jamieson, plenty of time to mingle and talk to players, former players, their families, the coaches, and fellow fans.

Oh, and some guy named Andy Benes is the featured speaker. 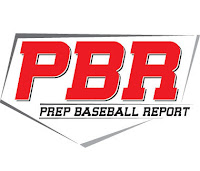 ♦ Prep Baseball Report talks about some Mizzou recruits in the coverage of the recent Super 60 showcase:


Jake Ring: Ring ran a 6.64 60 at the Super 60, and has been as low as 6.60 at a previous PBR event. More importantly, his speed translates in the field...Offensively, he has a lead-off hitter approach – simple, quiet, line-drive swing. He has extremely quick hands at the plate...

Jordan Getzelman: He creates loft and carry; couple that with high-level bat speed and natural strength, and you have the makings of a true power hitter at the next level....

Ryan Howard: He particularly impressed on his backhand deep in the hole. Offensively, continued to open eyes with a balanced and aggressive plate approach, highlighted by quiet swing mechanics and advanced bat speed...

♦ Most everybody has beenpicking the Tigers to finish 6th in the SEC East, ahead of Tennessee.  But not Baseball America: 2013 Southeastern Conference Preview. Freshman Alec Rash is listed as one of ten Top Newcomers in the SEC this season, but apparently he'll be playing for the last place team.


Missouri and Texas A&M join the Southeastern Conference for baseball, and the Tigers decided to make the jump with junior-college players, penciling in four in their everyday lineup and another at closer. They are hoping 6-foot-5, 228-pound Sr. RHP Eric Anderson can bounce back from a pair of arm surgeries to contribute a veteran presence; he had shoulder surgery in 2010 that sidelined him for half of 2011, then had Tommy John surgery in May 2012...

♦ College Baseball Daily also comes out with their Conference Preview: SEC East, which slots Mizzou at the usual 6th in the East, but does it with a little more accurate and up-to-date information about the team than most of the national previews. Maybe because one of their stringers happens to be a Mizzou Student, who also works in the Athletic Department.


Ace Rob Zastryzny looks to be on the cusp of first-round draft status, and Eric Anderson has recovered nicely from Tommy John surgery in May. Logan Pearson and Keaton Steele are players to watch for offensively for the Tigers, as both newcomers have high upside and will get a shot to show what they’re made of...