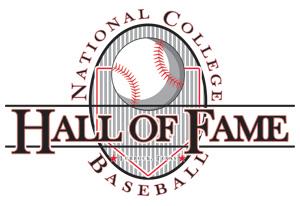 
The National College Baseball Hall of Fame has been based in Lubbock, Texas, since its founding in 2004. However, on Tuesday, the dream of a permanent home devoted to recognizing and preserving the history of the game took a major step toward becoming reality.

The Moody Foundation, based in Galveston, Texas, awarded the Hall of Fame a $5 million capital campaign grant. The grant brings the total raised toward the campaign to approximately $7 million, not including the value of the land committed by the City of Lubbock. The total campaign goal is $13 million, with $9 million needed for facility construction and a $4 million endowment...


...The Hall of Fame complex also will include a baseball field for youth tournaments and other amateur baseball events.

"We look forward to providing a world-class facility," said Jana Howser, Hall of Fame vice president of development. "The Moody Foundation Board of Trustees embraces the necessity of a proper national hall of fame that will educate the extraordinary history of college baseball."

♦ See who is already in the CBHOF

♦ WORD ON THE TWEET: What people are saying about the CBHOF and the donation