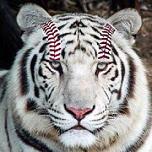 ♦ mutigers.com is the official website of the Missouri Tigers. It's pretty standard fare for a D-1 program. In the past couple of years the Mizzou Network video feature has ramped up their game, providing live and archived video coverage and plenty of features and interviews.

♦ Beyond the nuts and bolts and in-house videos of mutigers.com, you're looking at the best online source for Mizzou Baseball info online:  SimmonsField.com.  That's not so much a brag on my own blog as it is an acknowledgement of the fact that nobody else covers MU Baseball all that much.

♦ Tigerboard.com is the most active message board for Mizzou fans.  Fans of the Tigerboard will tell you it's the best place to learn what's really happening in Mizzou athletics before it ever reaches the traditional media.  Critics of Tigerboard have been known to call it a "cesspool".  The Tigerboard All Sports Board is the most active forum for discussion of Mizzou Baseball, as well as all other MU sports besides football and basketball.  The other boards are also interesting and entertaining.  The Shack which is "off topic" board, can be entertaining, but is not for the faint of heart.

♦ RockMNation is the SBNation site for Mizzou.  It's one of the best online sources for info and discussion of all things Mizzou.  They focus on football first, then basketball.  Of the other sports, they've come to focus on MU Softball more than anything else.  They do cover other MU sports, including Baseball.

♦ PowerMizzou is the Yahoo/Rivals site for Mizzou.  If I were a big MU Football fan, I'd pony up the subscription price, because Gabe DeArmond and his writers have earned a reputation as being the most knowledgeable source for MU Football recruiting information.  But they don't pay much attention to Mizzou Baseball, so I don't pay them.