GN: The last Giant to have Bond in his name hit 762 career home runs, how do you expect your MLB career to turn out?

Bond: I think it will turn out good. I play hard every game. I’m a little different than Bonds, because he hits home runs and my job is to get on base. I have been consistent in my minor league career and I hope that it will carry over to the show if I get a chance

GN: Favorite teammate from any season of yours?

Bond: Thats a tough question, I wouldn’t say I have a favorite but its been fun playing this past season with my old college roomate Ryan Lollis.

Read the rest of the interview HERE 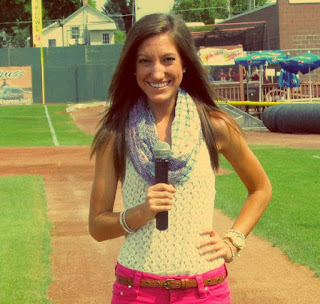 ♦ Speaking of Mizzou in the Minors, here's a Tip of the Cap to my friend Lindsey McGuire, a 2012 Mizzou grad and Mizzou Baseball fan, who got hired this week as Director of Marketing and Game Day Entertainment for the Augusta GreenJackets, the San Francisco Giants Affiliate in Augusta, Georgia (both Brock Bond and Ryan Lollis were once GreenJackets).

Email ThisBlogThis!Share to TwitterShare to FacebookShare to Pinterest
Labels: MU Alumni, MU in the Minors