Northern Exposure: Succeeding at College Baseball Outside the Sunbelt 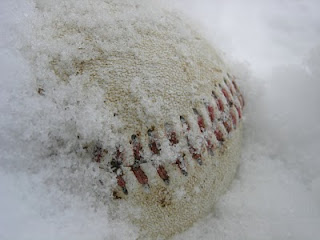 Missouri is not really a northern school, but faces some of the same challenges those teams face as they prepare to compete in the Southeastern Conference.  Here are some good reads about the state of college baseball in the winter wonderlands, offered up by the always informative Chris Webb (follow Chris on Twitter)


CW: While the Big Ten and northern baseball may never relive the glory days of true regionals, the current state of baseball in the region has to be the healthiest in many years and moving in the right direction, correct?

KP: I would agree. In the Big 10 in particular, you have significant money being spent at numerous schools to upgrade facilities. This is an important step, as it has proven to be vital across the country. Kent State and Stony Brook in the CWS last year is a greater indication of the state of the game across the country right now. Given the lower scoring games and importance of pitching/defense, parity will remain within the game for a long time. The national start date a few years back is a positive step as well. The revised RPI formula should aid northern schools starting this year. There will always be an inherent climate advantage with the southern schools but positive steps have been taken to lessen the gap.

♦ Inside the Numbers: Coaching Salaries (BuckeyeStateBaseball.com)


The extension increased Stricklin’s annual salary to $300,000, more than double the $145,000 salary his previous contract offered. Stricklin’s prior contract was not one that was out-dated, he entered it on July 1, 2011 after leading Kent State within one game of a Super Regional appearance -finishing as runners-up of the Austin Regional, but it was one that was necessary.

For the past three seasons, with every opening at a BCS school Stricklin’s name was instantly attached, whether or not he had any interest in the position. While Stricklin interviewed and was eventually passed over at Michigan State and Ohio State, the last three offseasons saw national scribes mention him at vacancies at Notre Dame, Tennessee, and Michigan.

Each successive season Stricklin guided Kent State deeper into the postseason, the pressure for an athletic department with a fat wallet and desire to revive its baseball program increased.

Read the rest, including a good analysis of comparative coaching salaries, HERE