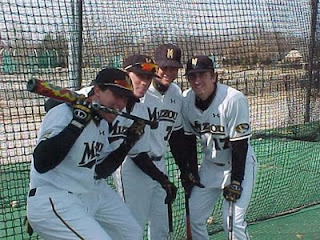 The 2009 MLB Amateur Draft is complete. 7 current Tigers and 5 recruits were selected in the draft. It may be weeks before we know how many of those 12 will sign professional contracts and how many will be in Mizou Tiger Black & Gold next season.

Congratulations to all who were drafted.

■ Eric Anderson: Houston Astros, 28th round. On Monday, he and his family restated their strong commitment to Eric being a Tiger this fall. People close to him confirmed that to me again following his name coming up in the Draft. I would be very surprised if a 28th round pick pulls him away from that commitment.
■ Ryan Crowley: Chicago Cubs, 36th round, 1093rd pick overall